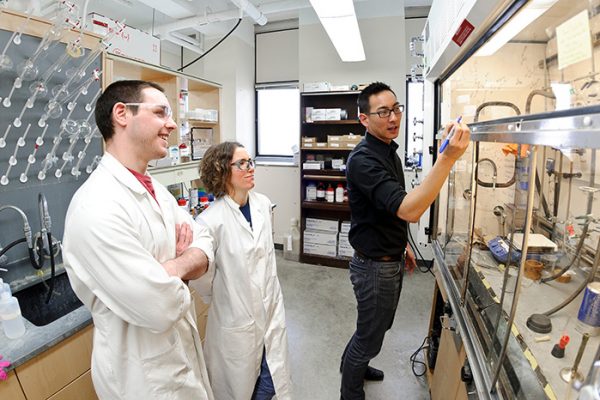 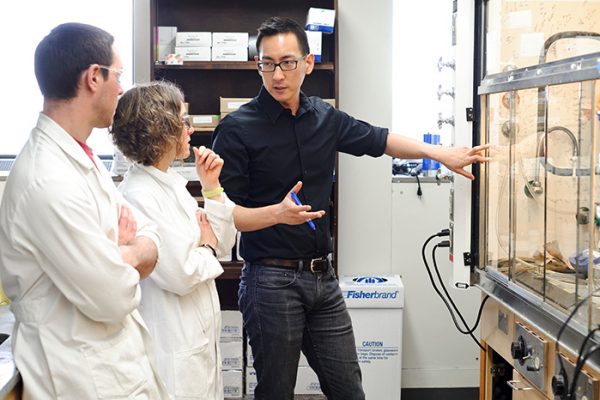 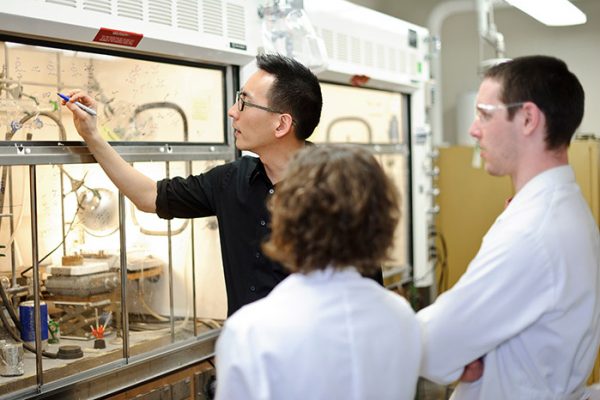 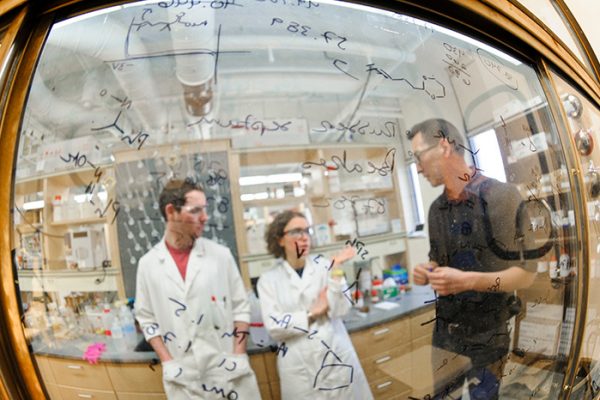 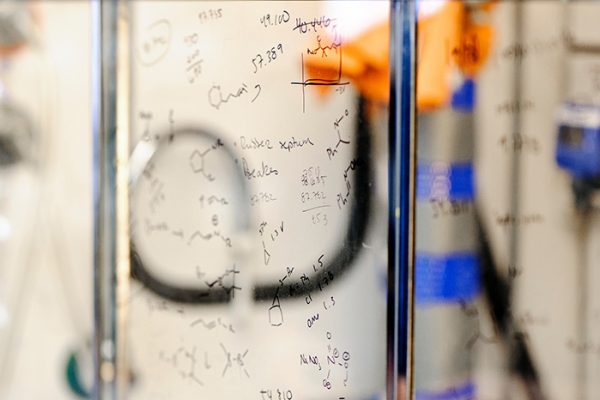 Lab members work though chemical equations on a glass board in the Yoon lab.

Tehshik was born in Montreal, Quebec, and raised in Blacksburg, VA, where his father is a professor of mining engineering at Virginia Tech.  Tehshik became intrigued by organic chemistry as an undergraduate, and he had the great fortune to receive his education at every stage of his career in the laboratories of some of the leading figures in contemporary asymmetric synthesis. At Harvard, Tehshik’s first learned about research by studying stereocontrolled aldol reactions in Dave Evans’ lab.  His Master’s degree with Erick Carreira exposed him to the concept of applying photochemistry to the synthesis of complex natural products. Tehshik then became Dave MacMillan’s first graduate student, first at Berkeley and then at Caltech, with whom he studied methods to control the stereochemistry of pericyclic reactions. As a postdoc, Tehshik returned to Harvard and investigated the use of hydrogen bonding urea catalysts in asymmetric synthesis.

Tehshik has been on the faculty at UW-Madison since 2005, where he is a Professor in the Department of Chemistry. He remains intrigued by the unique ability of chemical synthesis to control molecular shape and function with an atomic level of control. His research group is particularly interested in the application of open-shelled reactive intermediates such as heteroatom-centered radicals, alkene radical cations, and electronically excited organic triplets to complex molecule synthesis. His contributions to pedagogy and research have been recognized with a variety of awards, including the following: